CEM is a unique academic applied research lab with a long history of focus on physical prototype development and testing.  Researchers at the Center are well versed in all stages of prototype development and testing beginning with determining system requirements.  Once dimensional, weight, and performance requirements have been prescribed for a system, it is possible for Center engineers and technicians to execute an initial feasibility system design.  Initial modeling and system analysis is performed prior to transitioning to a final prototype system design.  CEM’s prototype design leverages a host of enterprise level software tools for solid modeling, controls development, along with stress, thermal, fluid, and electromagnetic analysis.  Once again, these tools will be leveraged to fully validate the system model prior to beginning prototype fabrication.

The full suite of hardware available in the CEM High Bay facility in conjunction with highly skilled technicians, make it possible for most first-of-kind prototype fabrication operations to be accomplished in-house.  However, CEM will partner with other local suppliers when an operation can be accomplished in a more cost-effective manner.

As one can imagine, there have been many unique testing setups that have been required at CEM over the past four decades, the expertise of our engineers and technicians is key to making these testing scenarios possible. 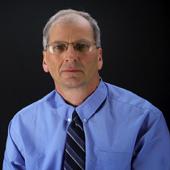