The Center for Transportation and the Environment (CTE) and UPS have joined to develop a zero emission fuel cell hybrid electric delivery van as part of the Department of Energy’s (DOE) investment to commercialize cost effective hydrogen technologies.  In partnership with The University of Texas Center for Electromechanics (CEM), Electric Vehicles International (EVI), Hydrogenics USA, Valence Technology, and UPS, the project team will retrofit 17 delivery vans with fuel cell hybrid power trains and test these vehicles at distribution facilities across California.

Under Phase I of the project the CTE team expects to deliver the prototype vehicle in Fall 2014.  The remaining 16 vehicles will be delivered under Phase II of the project in Summer 2016.  CTE will be responsible for all project management activities including executing a project management plan, providing independent third-party analysis of data, and verifying the status of costs, budget, milestones, and schedules.  CEM will lead the vehicle design and build during the Phase I Demonstration.  They will also be responsible for data collection and project support throughout both phases.

Upon award of Phase II, CEM will play a critical role in transferring the fuel cell and hydrogen technology to EVI for commercial deployment of the fuel cell hybrid vans.  CEM will also work closely with CTE in developing an economic and market assessment of the technology during Phase II.  EVI will provide the vehicles and support CEM during integration.  Valence Technology will provide the first commercially available, safe, large-format family of Lithium Iron Magnesium Phosphate Rechargeable Batteries.  Hydrogenics will provide the fuel cell system and also support CEM during integration.  UPS will operate the vehicles as part of the day-to-day operations.

“We are excited to be working with a highly qualified team to develop, validate, and deploy the fuel cell hybrid electric walk-in delivery vans with an emphasis towards commercialization of the US-technology and manufacturing,” said CTE Director of Technology Development Jason Hanlin. “This project is right up our alley and we anticipate important, industry-changing results from a successful deployment.” 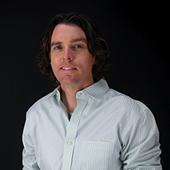 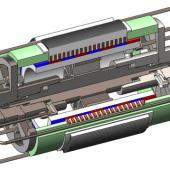 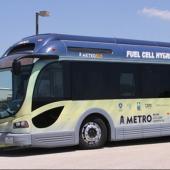 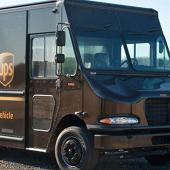 With a 150-mile range per fueling, this project will also retrofit 15 UPS delivery vans with fuel cell hybrid power trains and test these vehicles at distribution facilities.